Innuendo Bingo is a game in which Radio One presenter Scott Mills plays clips to celebrities and broadcaster of people saying inappropriate things.

These inappropriate things are said within the context of a standard comment made on TV or radio, which is what makes Innuendo Bingo so hilarious. There is a huge catch, however, with Scott Mills requiring the two players to hold water in their mouth until they spray it over their opponent out of laughter.

Gerard Butler popped into the studio to play a game against Scott Mills’ producer Chris Stark. Before the game had even begun, the cheeky Scottish movie star sprayed his water in the face of the young producer, as you can see below:

Now, this is not the global pop sensation, but rather a film expert from BBC Radio. She and Chris did not manage to go for long until they heard a man say: ‘I sit in a darkened room and play with myself’.

Needless to say, Rhianna and Chris couldn’t stay dry after hearing that and the outcome was pretty hilarious:

The actor best known as Harry Potter took on Chris in the clip below. The pint sized actor can be seen cracking up just a few minutes into this game:

When we heard that this comedian was going to be on Innuendo Bingo, we knew it would be an awesome one. In typical Ferrell style, this clip has us laughing purely for the facial expressions!

It was an Australian edition of this game which featured the hunky Hugh Jackman and the gorgeous Kylie Minogue. Though we often think of Jackman as quite serious, he definitely lets his cheeky side out here.

We love these video clips but did you know that they also come in GIF form too? Click here to see new bingo releases as you pour over these hilarious moments from the show. They cut right to the chase and show you what makes the competitors crack.

If you want to see the moment of truth from the second time Gerard Butler played this game, here’s the perfect GIF.

As you can see, Alex cracks just before Gerard and it was a photo finish! Clearly Gerard had been practicing since his first show!

We also have this hilarious clip from the Gerard Butler show, in which he adds a bit of witty banter into the game, just after spraying his opponent.

As bingo players, there’s nothing we love more than a bit of a giggle at this game. We hope you enjoyed our list of our top Innuendo Bingo clips and that they had you in stitches too! 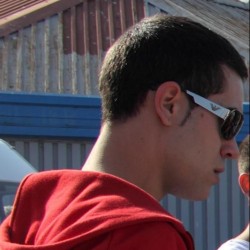 Adam Barney
My interests are wide-ranging, and include computer games, online culture and psychology. Most of all, I’m interested in exploring why people act in a certain way; what makes them tick. I publish articles on several sites, and if you’d like to get to know me better, feel free to visit my Google+ profile below.

We use cookies on our website to give you the most relevant experience by remembering your preferences and repeat visits. By clicking “Accept All”, you consent to the use of ALL the cookies. However, you may visit "Cookie Settings" to provide a controlled consent.
Cookie SettingsAccept All
Manage consent

This website uses cookies to improve your experience while you navigate through the website. Out of these, the cookies that are categorized as necessary are stored on your browser as they are essential for the working of basic functionalities of the website. We also use third-party cookies that help us analyze and understand how you use this website. These cookies will be stored in your browser only with your consent. You also have the option to opt-out of these cookies. But opting out of some of these cookies may affect your browsing experience.
Necessary Always Enabled
Necessary cookies are absolutely essential for the website to function properly. These cookies ensure basic functionalities and security features of the website, anonymously.
Functional
Functional cookies help to perform certain functionalities like sharing the content of the website on social media platforms, collect feedbacks, and other third-party features.
Performance
Performance cookies are used to understand and analyze the key performance indexes of the website which helps in delivering a better user experience for the visitors.
Analytics
Analytical cookies are used to understand how visitors interact with the website. These cookies help provide information on metrics the number of visitors, bounce rate, traffic source, etc.
Advertisement
Advertisement cookies are used to provide visitors with relevant ads and marketing campaigns. These cookies track visitors across websites and collect information to provide customized ads.
Others
Other uncategorized cookies are those that are being analyzed and have not been classified into a category as yet.
SAVE & ACCEPT
BingoSweets
X