If you’ve been around the slot game world for a while, you’ll certainly have heard of a little company called NetEnt. They are famous for creating stunning slots. We’re going to learn more about them here, along with highlighting some of their best titles.

Big Tease offers plenty of entertaining slots to try, including many from the NetEnt collection. They also give new players the chance to claim a 500% deposit bonus.

You can count on finding many of the best available slot at Top Dog Slots. The Mega Reel on offer for new members to spin could give you up to 500 spins on NetEnt’s Starburst game too.

Wink knows how to treat its players to some entertaining slots. There are hundreds of titles from NetEnt and other leading developers.

Highlighting some of the latest NetEnt slots

NetEnt release several new games each year. Some of the most recent titles to hit the internet include these:

There are two titles coming soon as well (at the time of writing), so look out for your chance to try Spinsane slots and the Ozzy Osbourne video slot.

Where to begin? There are lots of reasons we love their slots:

Discover some of the best NetEnt slots around today

Everyone has their favourite slots within the NetEnt collection. We have found it difficult narrowing the titles to highlight just three of them here. However, we’ve chosen some that show how diverse their ideas are – and how much you can expect to appreciate each one.

Planet of the Apes 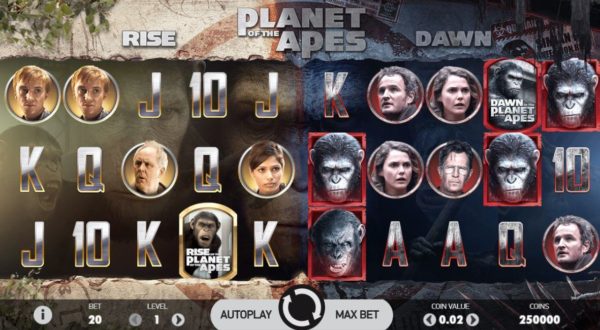 Created in association with 20th Century Fox, the slot game features all the big names from two Planet of the Apes films:

This has been done by offering two sets of five reels displayed next to each other. One says RISE and the other is labelled DAWN. You can expect several notable features to appear during play too:

Finn and the Swirly Spin 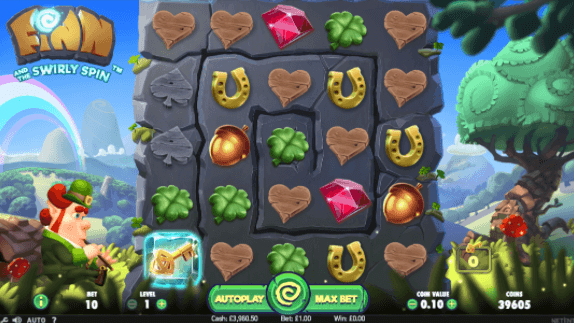 This charming game features a leprechaun playing a pipe as he watches your progress. There are no reels or paylines here though:

The game works on a 5 x 5 grid, created to look like a swirl
Each spin sees new icons appear around the swirly screen
A gold key begins in the bottom left corner – this is a free spins key
The key is always in play in the base game and moves on one space whenever a prize is found
There is a wild gold star (with eyes!)
A sticky wild is shown as a gold coin
You must match three symbols horizontally or vertically to create a winning combo

The game also features avalanches and the chance to collect some free spins. Better still, there are four potential random features to unlock: 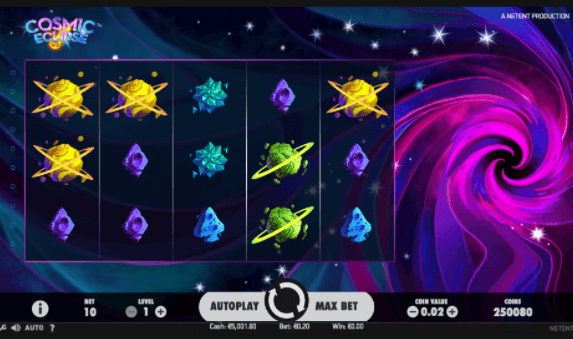 This one reminds us a little of their famous Starburst slot. We have an outer space theme in action, complete with planets and chunks of rock appearing over the reels.

If you find the purple bonus icon on reel five, you trigger the Black Hole feature. This works as follows:

A symbol is activated and the triggering bonus icon changes into that symbol
Active icons, along with the wilds, are collected
Re-spins are granted to the player
This continues until you get either 15 collected symbols or there are no further symbols to be collected
All these stored symbols are then returned to the reels to create one or more guaranteed winning combos

Choose a NetEnt slot or two to play today

We’ve covered several great titles here, but is there another one lurking that could be one of your favourites?

Get a 300% Welcome Bonus to play at Mecca Bingo